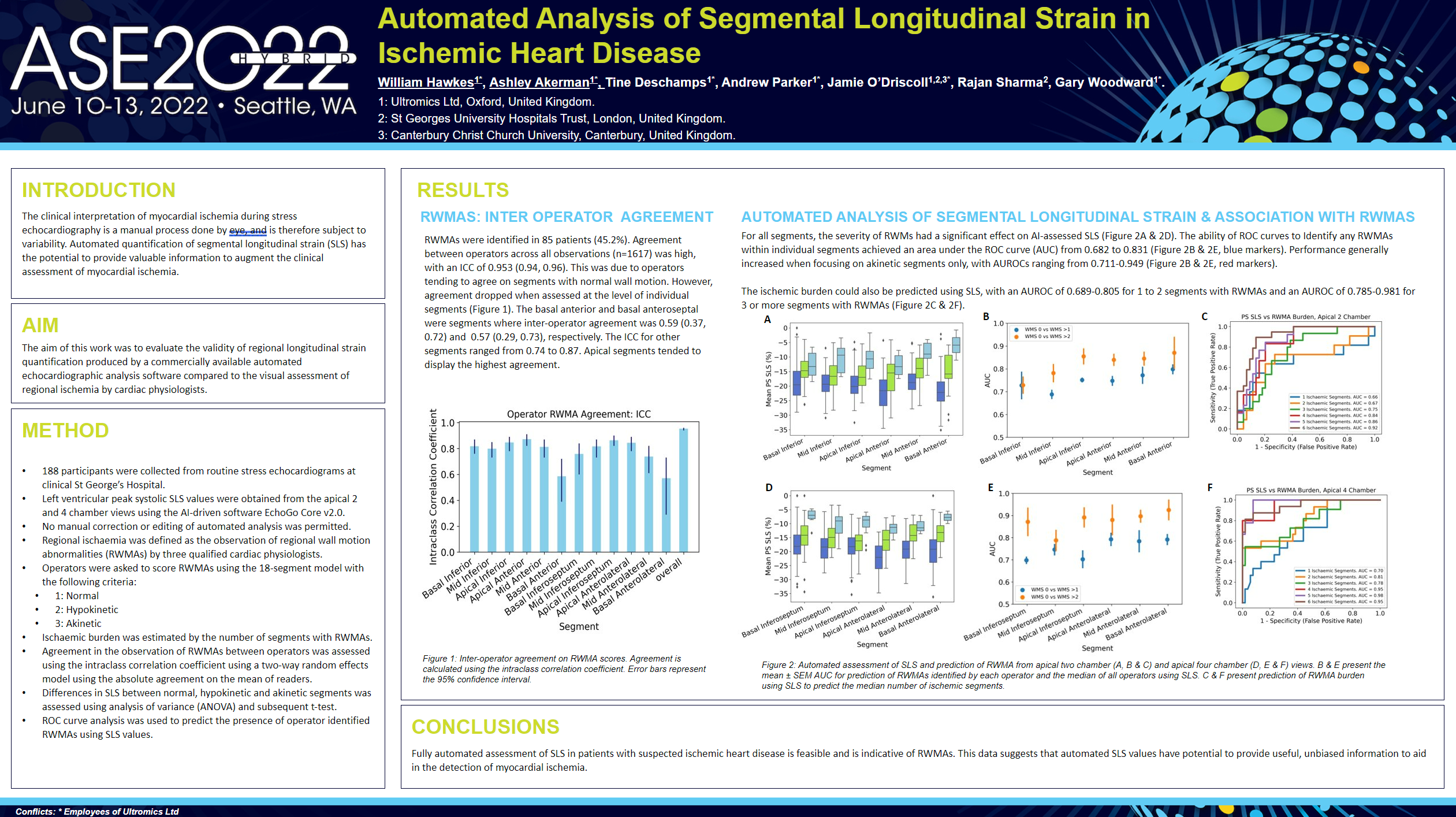 RWMAs were identified in 85 patients (45.2%). Agreement between operators across all observations (n=1617) was high, with an ICC of 0.953 (0.94, 0.96). This was due to operators tending to agree on segments with normal wall motion. However, agreement dropped when assessed at the level of individual segments (Figure 1). The basal anterior and basal anteroseptal were segments where inter-operator agreement was 0.59 (0.37, 0.72) and  0.57 (0.29, 0.73), respectively. The ICC for other segments ranged from 0.74 to 0.87. Apical segments tended to display the highest agreement.

Fully automated assessment of SLS in patients with suspected ischemic heart disease is feasible and is indicative of RWMAs. This data suggests that automated SLS values have potential to provide useful, unbiased information to aid in the detection of myocardial ischemia.