Amyloidosis (am-uh-loi-DO-sis) is a rare disease that occurs when an abnormal protein, called amyloid, builds up in your organs and interferes with their normal function. Amyloid isn't normally found in the body, but it can be formed from several different types of protein. Organs that may be affected include the heart, kidneys, liver, spleen, nervous system and digestive tract.

On echo, there is biventricular wall thickening with normal cavity size, and bi-atrial enlargement. The atria are immobile, best noted on the apical 4-chamber view. Despite the normal left ventricular ejection fraction, longitudinal function is significantly impaired, as noted on the tissue Doppler and on the color map of longitudinal strain. Strain is useful in phenotyping this condition as it will demonstrate a “cherry on top” appearance on the strain plot, meaning that the apex of the heart tends to move while the other segments of the heart are impaired. This is known as apical sparing. Note that apical sparing is not present in every case of cardiac amyloidosis. Echo can show evidence of Amyloidosis, but the gold standard for confirming the diagnosis is biopsy.

While there is currently no cure, certain treatments can help manage Amyloidosis. Chemotherapy is used to suppress bone marrow in order to keep abnormal proteins from depositing in the organs.

The prognosis for this disease depends on early detection. For instance, I know of one patient who also happened to be a physician. Luckily, he caught the disease early and knew what he was in for, so he was able to seek immediate chemotherapy treatment. He is now in remission. Our EchoGo solution is key in the diagnosis and management of cardiac amyloidosis. With EchoGo, we can analyze a patient’s global longitudinal strain to detect heart failure before ejection fraction does. Furthermore, EchoGo produces a bullseye strain plot that shows movement patterns indicative of cardiomyopathies—including amyloidosis. Early detection is key. Let’s work to fight this disease together. 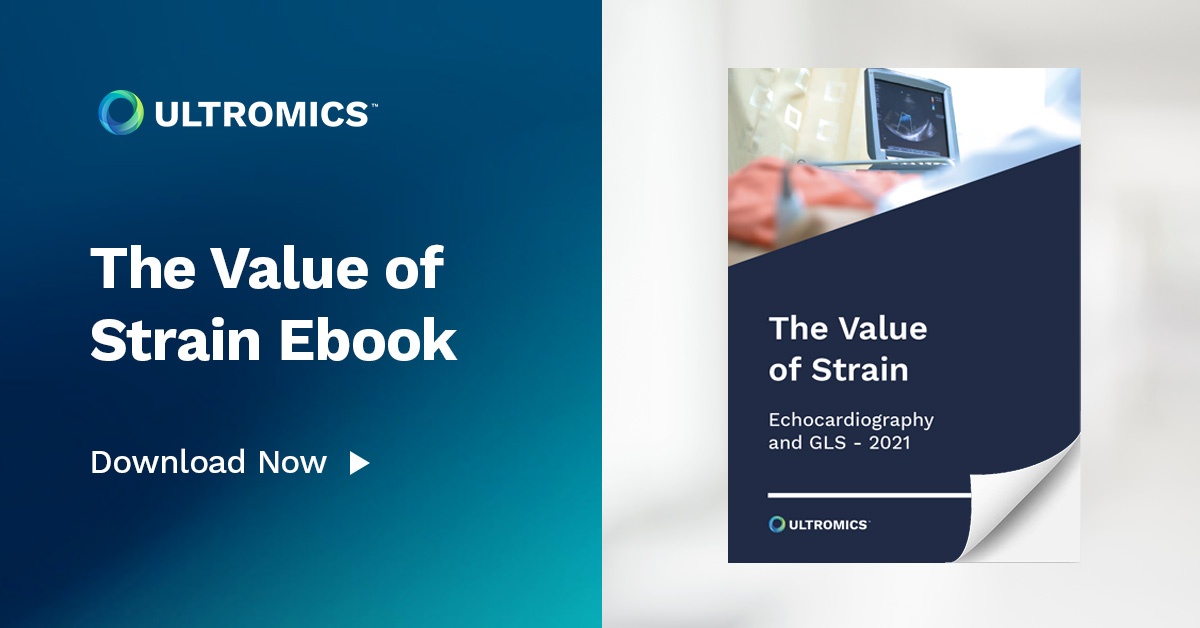 As of January 1 2020, cardiologists in the United States can now report and bill for myocardial strain ...
Read More

As evidence grows to why cardiologists should utilize Strain, it is logical to assess any limits to its ...
Read More