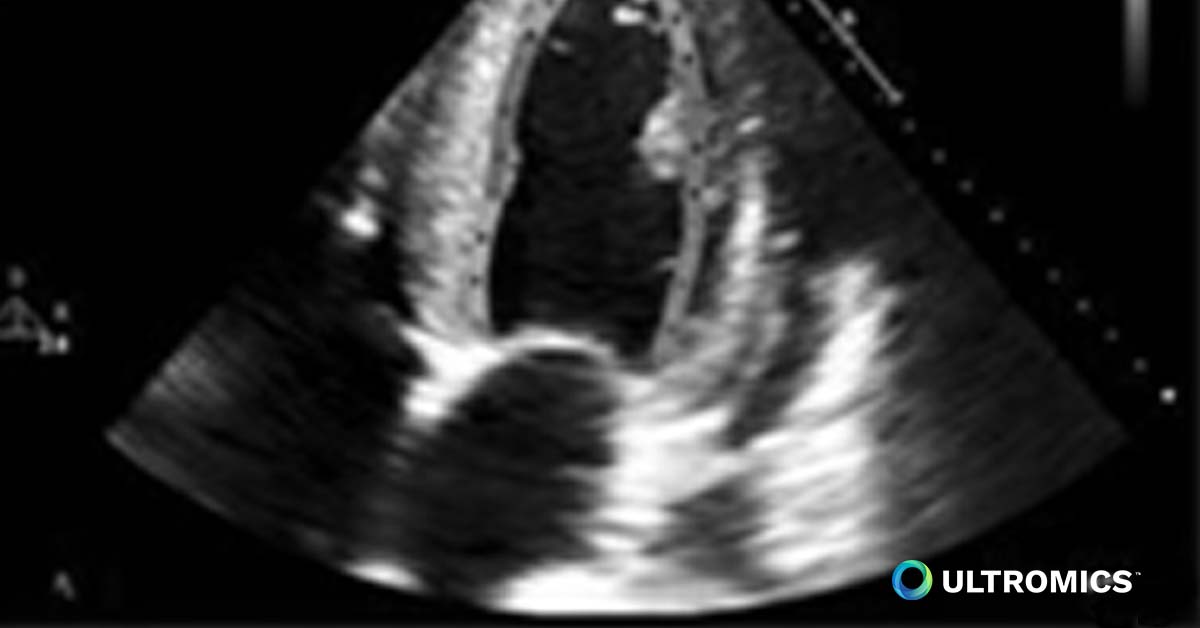 Strain imaging techniques have shown great promise in echocardiography to support early signs of cardiac disease and is considered a more accurate and reproducible quantitative analysis of ventricular function and myocardial deformation.

Up until recently, echocardiography labs have been hesitant to adopt Strain as a routine clinical practice because of its limitations. This is mainly due to its unsatisfactory high variability in measurements across vendors, software versions, and operators. The past couple of years we’ve seen new advancements in technology which overcome these limitations, and encouragement and recommendations from professional bodies to use Strain as a clinical best practice. This has been a positive leap for strain and a step towards it being more widely adopted over the next few years.

The opportunity for using Strain

Strain Echocardiography is known for being highly valuable in quantifying left ventricular (LV) function due to it being more sensitive than left ventricular Ejection Fraction (LVEF) and its ability to spot early warnings that something is happening with the heart.

Strain echo can be especially valuable in cardio-oncology to support early detection of cardiotoxicity during chemotherapy. It allows clinicians to understand what is happening in a patient’s heart before a decline in left ventricular function.  This can allow pre-treatment risk stratification, early dysfunction identification, recovery prediction, as well as surveillance and treatment of subclinical left ventricular damage.

In the Expert Consensus for Multimodality Imaging Evaluation of Adult Patients during and after Cancer Therapy: A Report from the American Society of Echocardiography and the European Association of Cardiovascular Imaging1, it is stated that “Global longitudinal Strain is the optimal parameter of deformation for the early detection of subclinical LV dysfunction.” For these patients it has been shown that monitoring global longitudinal Strain can be a sensitive prognostic marker of sub-clinical changes in LV function caused by cardiotoxicity.

Why is Strain considered better than Ejection Fraction?

Unlike standard Ejection Fraction, strain echo isn’t limited when it comes to measuring contractility, which means GLS allows for higher reliability when assessing global systolic function in conditions such as undifferentiated left ventricular hypertrophy, cardiac amyloidosis, pericardial disease, ischemic heart disease and aortic stenosis. This capability can be helpful when looking for earlier prognostic indicators for cardiac disease and assessing the prognosis of patients with these conditions.

Several studies have not only proven that GLS can diagnose cardiac disease better than LVEF, but also that it has  better intra- and inter-observer reproducibility in post hoc analysis, it can be analyzed in a majority of patients, and can be measured just as fast as LVEF.

Despite Strain showing value in cases where EF falls short, it is still underused due to concerns related to the training requirements and variability in clinical settings.

Strain analysis can be performed without any variability

Historically a major concern on the clinical  usability of Strain has been the variance in normal values between vendor solutions and inter-observer variability. However, this is no longer an issue with new artificial intelligence technology being validated to automate strain parameters, allowing accurate results that can be applied to any vendor and avoidance in variability between users and methods.

No extra spend on ultrasound machine upgrades and new hires

Another major reason for slow adoption comes down to cost. While most echocardiography equipment vendors offer strain modules specific to their machines, the price tags can be prohibitive.

In an example of a clinical site performing 10k echocardiograms per year, they may need to upgrade up to 10 ultrasound machines and spend significant time training staff or possibly hiring new staff. These costs plus any lost revenue due to sonographer down time during training can quickly add up to hundreds of thousands of dollars before a single Strain analysis is performed. However modern Strain echocardiography makes getting started with Strain easier and more cost effective. Some automated solutions can be set up for little to no cost, and since they require little to no training the value of Strain in patient care can be implemented straight away. Automated solutions offer a great way for facilities to see more immediate return with a smaller initial capital investment and implement Strain for their patients faster, win-win.

In addition, some degree of financial relief has arrived with the new add-on CPT code for Strain imaging, published by the Centers for Medicare & Medicaid Services for use from Jan. 1, 2020. The release of this code shows support from professional bodies in using Strain as a best practice.

With the new possibilities of Strain Imaging technology overcoming its variability and cost limitations, there is no stopping practices realizing the full potential of Strain.

EchoGo Core is the first and only FDA-cleared fully automated cloud-based service for strain analysis, which delivers zero variability and requires zero manual operation of software! Learn more about EchoGo Core and how it differs from strain software on the market. Contact us today for a demo.

As of January 1 2020, cardiologists in the United States can now report and bill for myocardial strain ...
Read More

As evidence grows to why cardiologists should utilize Strain, it is logical to assess any limits to its ...
Read More